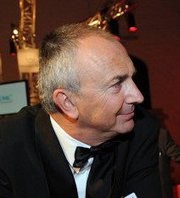 Currently based near Brussels . Willing to relocate internationally.

Business Angel March 2002 – November 2002
Short Interim missions
Managing Director
Looking for ventures for a Business Angel
Management consultant
Assisting General Manager of a Marketing Company in setting up workable business/sales procedures. Setting up businessplans for and looking for partners for a start-up in the CAD/CAM area with an Indian partner.

WORLDBANK - DIGITAL 1980 - 1990
Consultant - Sales
From consultancy for the Worldbank (accountancy education mission of 1 year in Africa for the Office des Routes) I ran into sales at Digital and got the taste of IT and selling (doubling each year the turnover from € 600 k as salestrainee to € 3 mio as senior account manager).

Masters Degree in Production and Management (Handelsingenieur/Solvay) at the Brussels University 1975-1980 with distinction.