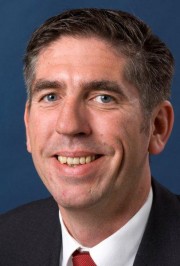 From January 2010
Consultancy, self employed.
Consultancy services in the field of regulation of telecommunications markets in the broad sense of the word. Policy advice and analysis, European tender procedures and adjacent fields.

Projects executed include:
Advising the Palestinian Authority on retail telecommunications market regulation and significant market power positions and analysis in order to create an independent Telecommunications regulatory authority (ongoing, but temporarily on hold).
Training North Cypriot stakeholders in North Nicosia in market analysis and significant market power as part of a regulatory reform project of the Turkish Republic of North Cyprus (June 2010);
As a volunteer, providing regulatory advice to a local initiative aiming at the public roll out of fibre to the home. Advice based on European and national telecommunications and competition regulation and the relations with local government;
Proposal manager for international tender procedures within an association of independent consultants.

Projects executed included
Providing legal guidance in European tender procedures for the acquisition of mobile telephony, communication and IT services for local government bodies, state companies and university medical centers;
Management of dispute resolution and lobbying procedures on the sharing of transmission masts for an infrastructure operator
Scan on the management of information services for the Control room of a safety region ordered by a regional police department in the Netherlands.
Managing of legal business support for a party engaged in joint ventures in order to participate in European tender procedures
Advisory services to cable and broadcasting companies on the economic regulation of the broadcasting market.

Responsibilities included
As a project manager, leading projects with up to 4 professionals;
Managing the relevant market research to determine relevant markets and dominant positions on the broadcasting markets;
Development of policy rules for access to broadcasting transmission networks;
Management of dispute resolution procedures in the field of telecommunications, post and broadcasting, between operators and users and operators amongst each other;
Advising other regulators and public organizations (a.o. the Dutch Competition Authority NMa and the ministry of Economic affairs) on relevant regulatory policies in the field of telecommunications and broadcasting;
Advising at an international level (IRG/ERG), pertaining to regulation of Voice over IP services, broadcasting and universal service obligation and financing of universal service, including the leading of drafting teams writing common positions on those fields;
Solving complex regulation issues pertaining to postal and telecommunications markets, such as access to networks to provide retail services, universal service obligations, pricing and regulatory accounting, either in a team or individually;
Reviewing telephony tariff proposals of the incumbent operator KPN on cost orientation;
Reviewing market positions and analysis of relevant markets of the international leased lines market;
Advising telecommunications operators and end users on the following of and compliance with legal and regulatory procedures;
Advising on implementation in the Netherlands of new European regulations (directives);
Advising the ministry of Economic affairs on implementation of and compliance with universal service obligations;
Writing answers to questions from the political arena, ministries and businesses;
Providing support in the writing of press releases;
Providing support to the management and the board of OPTA on relevant regulatory issues;

1996 - 1999
Personnel Officer at Stork Engineers & Contractors B.V., Amsterdam, the Netherlands.
Responsible for recruitment, dismissal and well being of working staff within part of the company. Additional support responsibilities for pension arrangements, quality management, Y2K potential problems, relations with the working council and corporate affairs in the field of personnel management.

1987 – 1988 Studied French language and literature at Leiden University, the Netherlands.